After successfully soothing Hacker in Pokemon Legends Arceus, you can finally discover a new area, the Marais Crimson. For this, it will be necessary to take part in the main mission “ Maria’s concern ”, which will also take you to meet another very pissed off Pokémon, namely Fragilady.

Meet Lagéna at the Bonvivre Ruins, located in Marais Carmin

After learning about the mission at the leader’s office, head to the exit of Rusti-Cité to face your rival there again.

In addition to the Pikachu already fought, you will also face a Mime Jr, which shouldn’t really be a problem for you at this stage of the adventure. Once the duel is over, you can finally head to the Crimson Swamp.

When you arrive in this new region of the world, you will meet Professor Lavender, who will explain where you need to go, while warning you of time rifts that can occur everywhere.

Then simply follow the main path to a cave with a guard posted outside. Enter these ruins to meet Lagenawhich will initially refuse your help.

percupio will then make his entrance, and before helping you, he will launch a duel at you.

His Togepi shouldn’t cause you any problems, but its Griknot is more disturbing, although with 6 Pokémon on your team, you should be fine. Percupio will then send you to look for traces of the thieves.

When leaving the cave, go right and follow the indication to find an unlit campfire, where three bandits will come to join you. You will then face Hermance, who will send you a Coatox level 23. To beat him, Flying attacks will be more than enough.

Then bring back the stolen end of the fresco within the ruins in order to give it to Lagéna, who will finally accept your help.

You will then have to go exploring the swamp to find her in front of the place where you will have to face Ursaking (we advise you to do the side quest located right next to the arena in order to set up a bivouac).

Go to the Peat Plateau to meet Ursaking there

Ursaking is not particularly difficult, especially if you have Water- or Grass-type Pokémon (even Pokémon with combat abilities, rarer at this level of adventure).

You’ll quickly realize that it’s no match for the previous Chopper, and for good reason, it’s not the real enraged Pokémon. However, you will get a new mount following the confrontation.

Then go to the bivouac next door to talk to Professor Lavender, who will trigger the side quest on the Unowns. You will then have to return to Rusti-Cité in the office of the Cormac leader, before teleporting again to the Peaty Plateau.You will need to use Ursaking in order to follow a blue signal through nature, which will take you straight past a struggling Marcia. This one will ask you to calm Fragilady using the relaxing balls that she has made.

All you have to do is get to the arena via the Pente des Gringolesand follow the lit torches along the way. 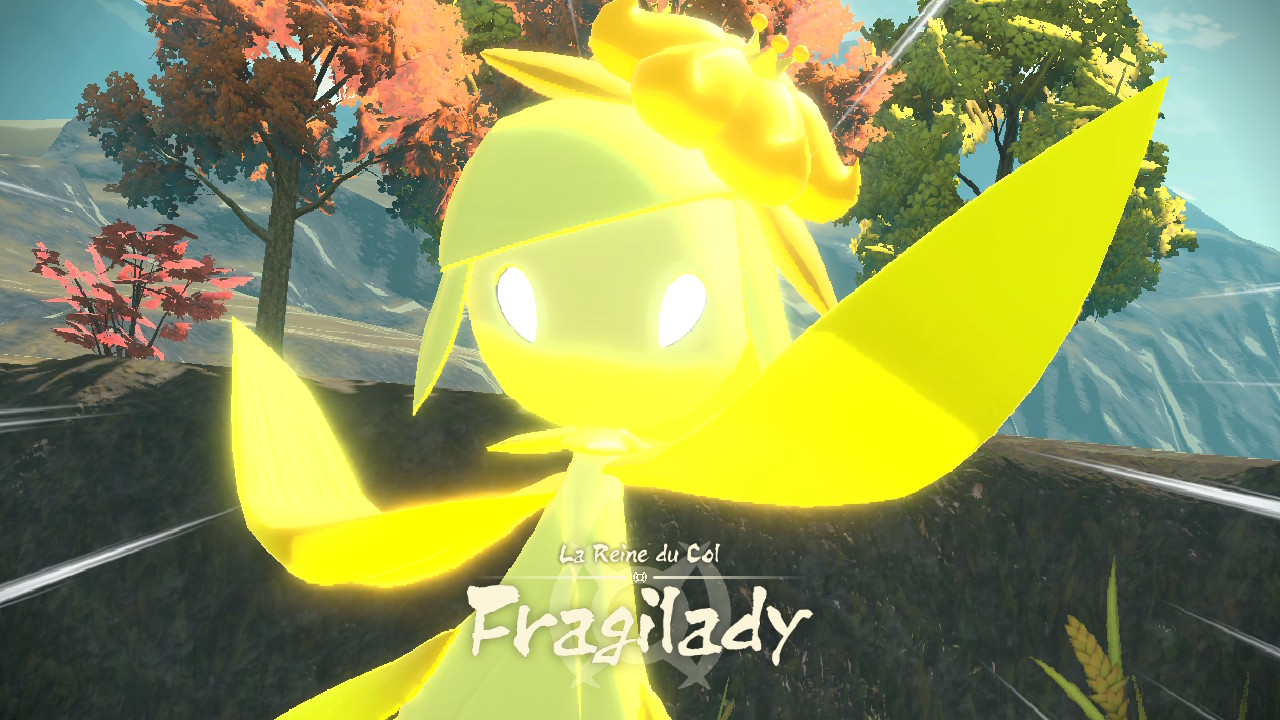 During the first phase of the fight, be careful when the boss is going to jump and dodge at the last moment. Usually he does two jumps, before getting angry if you dodge too much, and then he will do a third one (when the notes turn orange), which will knock him out. Launch your Pokémon at this time.

With a Flying-type Pokémon or rather Fire like Feurisson or PonytaFragilady’s life will go downhill.

Keep throwing the relaxing balls when you can at the boss, then beware of the green waves it sends that are identified with the green notes).

To avoid them, roll in the direction of these wavessince it is impossible to jump (better to roll forwards).

When the boss releases notes of all colors, be prepared to dodge numerous times. Keep bombarding the Pokémon with Relax Balls, and the fight will be over quickly.

Once the confrontation is resolved, you can leave the swamps before being intercepted by Percupio. Go to the ruler’s office to end the mission.

My name is Omik and I'm an amateur coffee ninja who is a passionate pop culture fanatic, gamer and writer.

@2022 - lespcgamer.com. All Right Reserved. Designed and Developed by PenciDesign
FacebookTwitterInstagramPinterestGoogleBehanceYoutube